See The Results & What Our Clients Say!

Who else can say... "You should watch our 30 minute interview about us on ABC!"

"I just send people to watch our show that aired with the Cardinal Cowboy on ABC and it sells it (our product) for us."
-  Neil Gillman, Owner, Colonial Masonry Systems

Over 15X To 32X The Views Because People Will Watch An Interview That Aired On ABC! 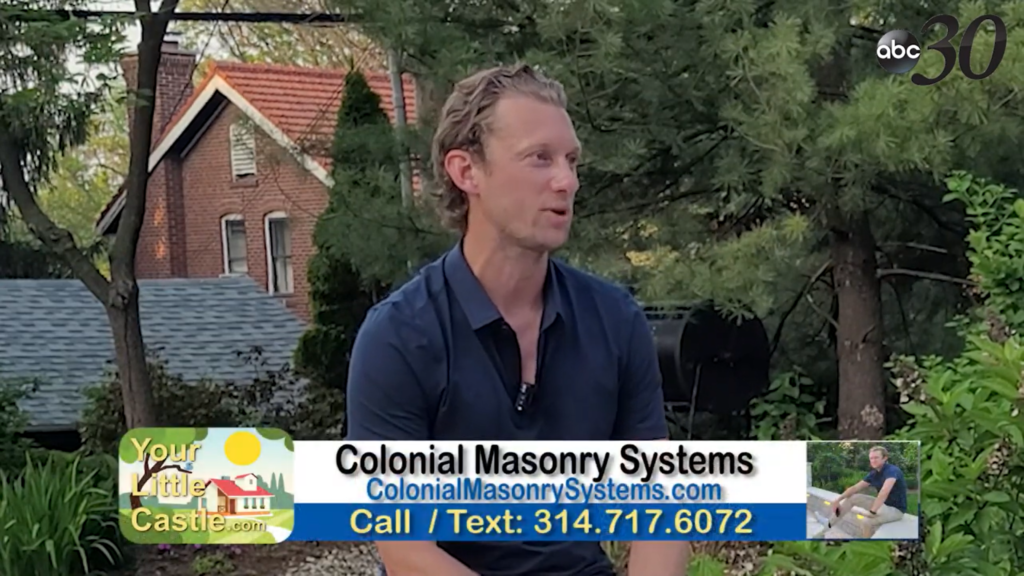 Neil Gillman: "Cowboy, now I just tell people to go watch our interview on ABC on your (Your Little Castle) show. It sells our service for me. Best decision I have made as someone who does little marketing.

Pastor Dave Rispoli: "Carter, I tell ya, I simply send people to go my website to watch my interview with you on your show and it sells my service for me. They get to see what I am about. Being on for a 30 minute interview on ABC adds the credibility they need to see. Done deal." 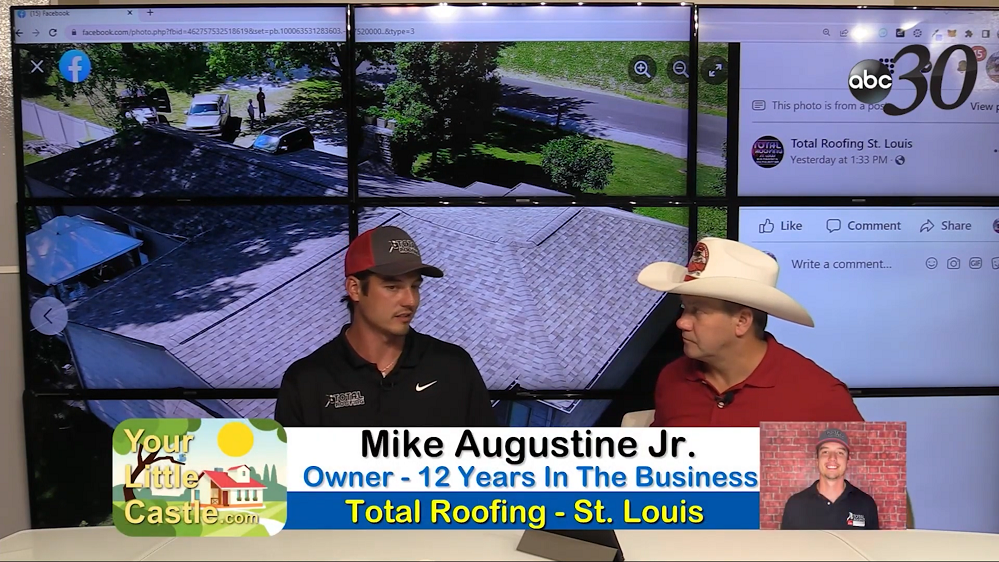 Owner Mike Augustine: "We have been putting the interview and clips you made from it all over our Social Media. It has given us tons of exposure that leads people to us to do business. Being on the (Your Little Castle) show was great! How many people can say they had a half hour interview on ABC?" 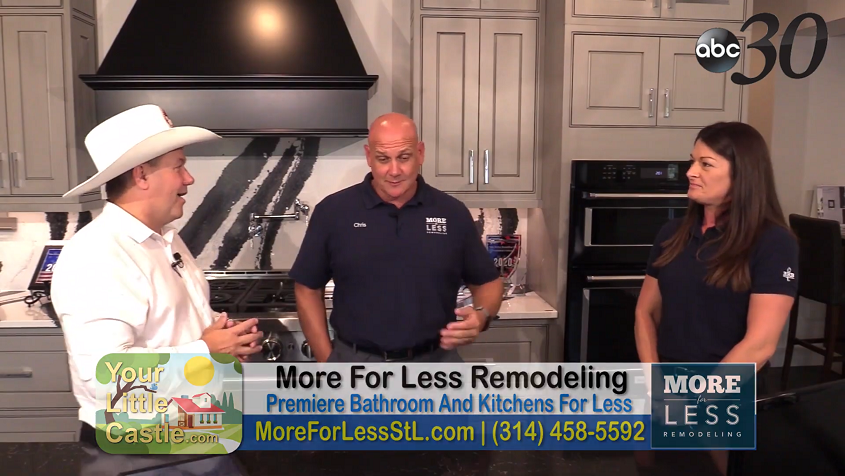 Angela Courtwright: "Thank you! Chris and I said the same about you- very good at what you do and made it very easy for us. I actually started to loose my nervousness about 9 minutes in. It turned out great. Thank you again!" 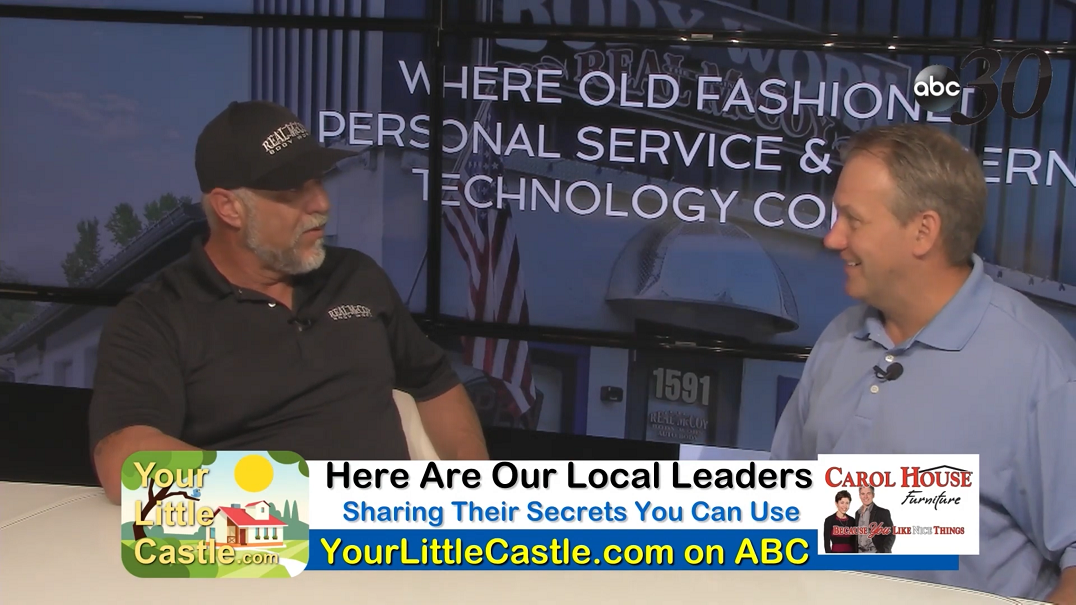 Bryan Clouser: "Thanks for a memorable event. We need to do another one later on with a different direction or vibe. Hell, lets do a series for every season.

We could do one in late October or deer season for deer hits and wild life prevention and one about ice and snow season, then keep reiterating the OEM and insurance upgrades. Then in the spring bring Corey in to talk about hail season." 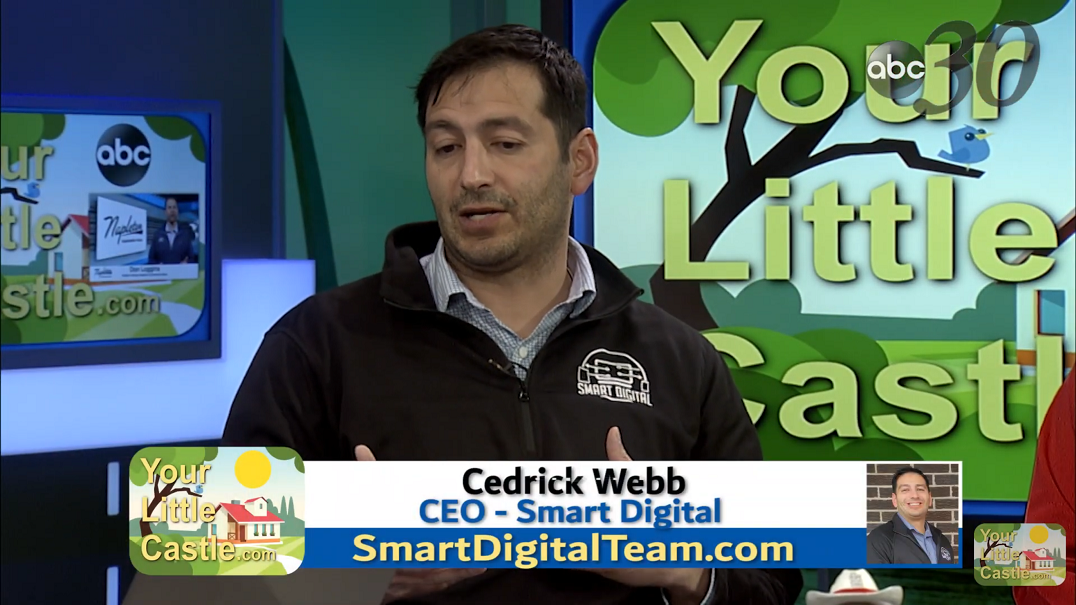 Cedrick Webb: "I just show the interview to anyone interested in working with us. It has really helped with hiring top notch employees. They see us on ABC with the Cardinal Cowboy, who everyone knows, and think we are obviously very legit. That is so important for any company trying to make a name for themselves." 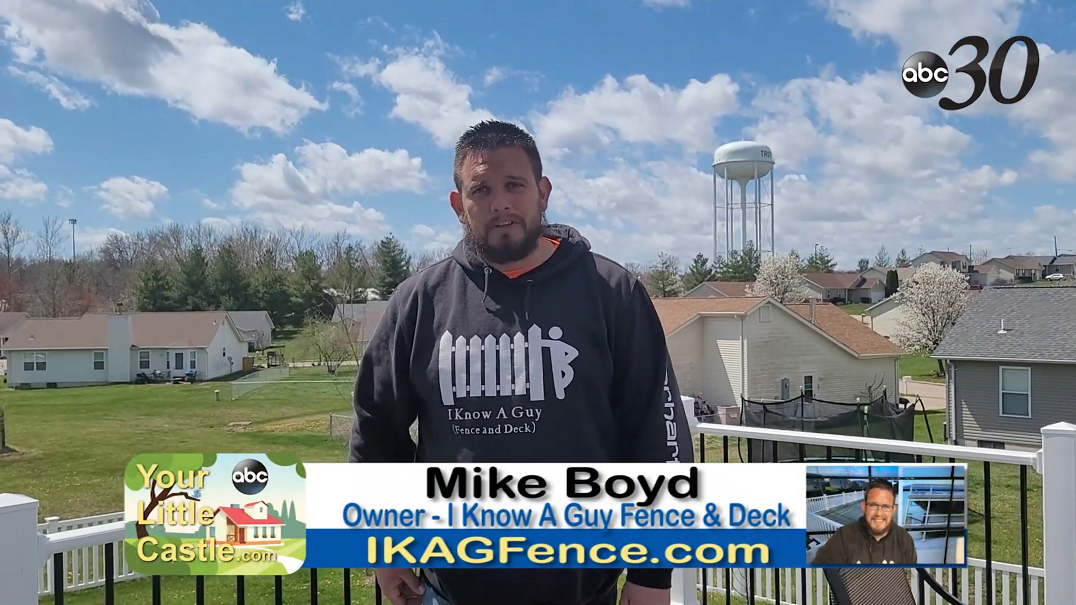 Mike Boyd: "Between your name (Cardinal Cowboy) and ABC, your clips are producing as good as any of our ads if not better as far as a response. I will definitely be back with you in the future here as soon as we run through these clips!"

Their Own Drone Video - 64 Views 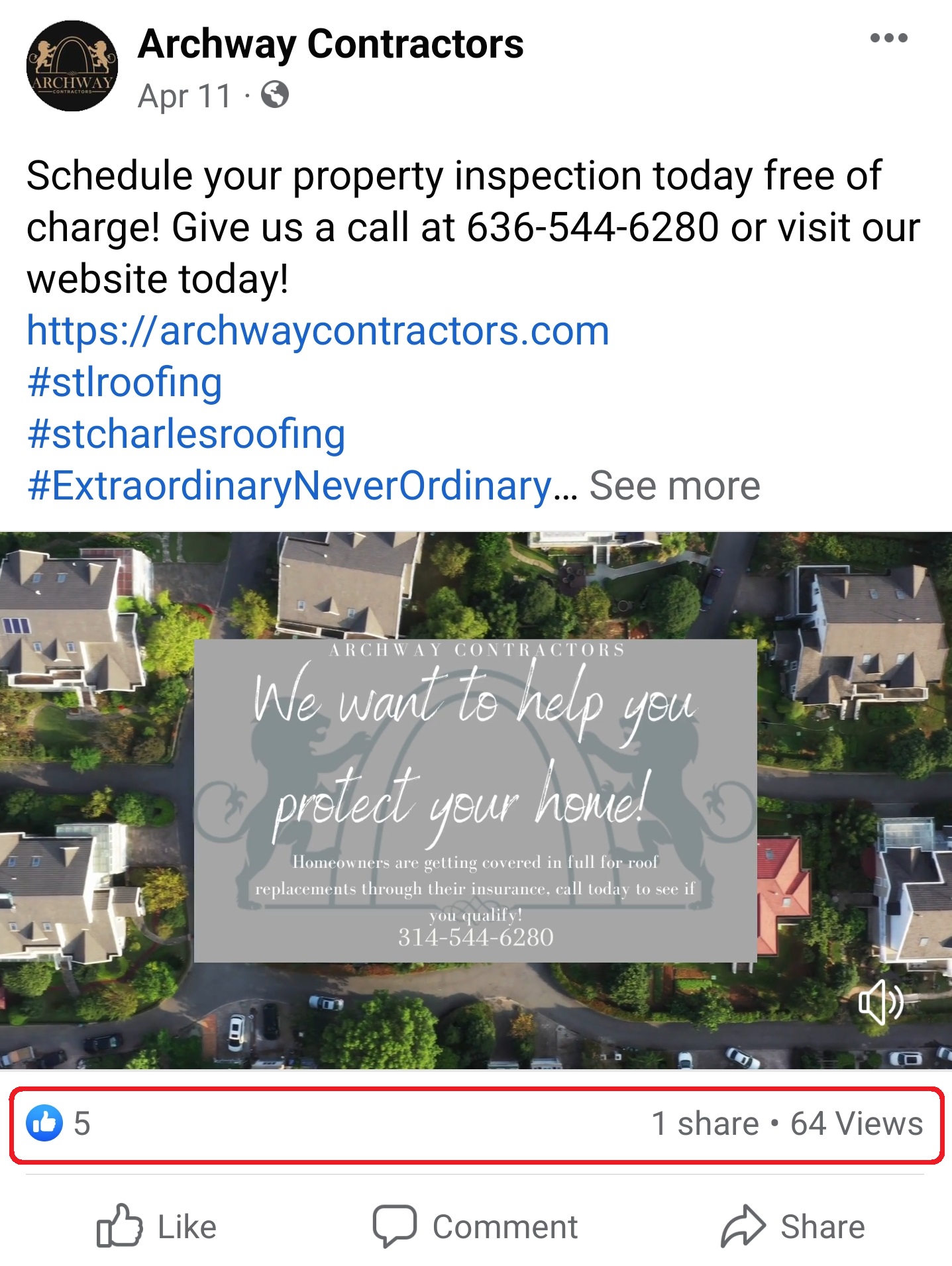 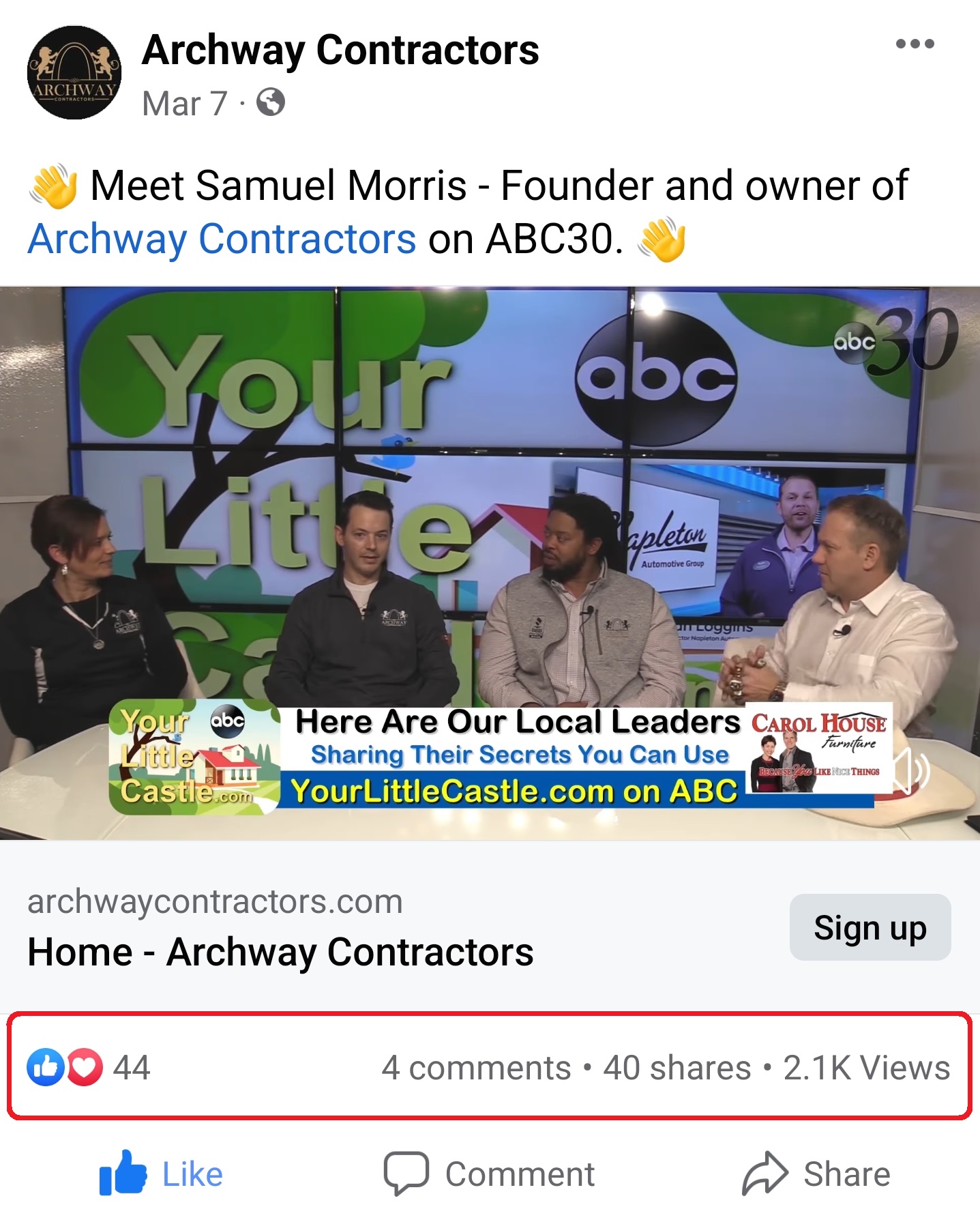 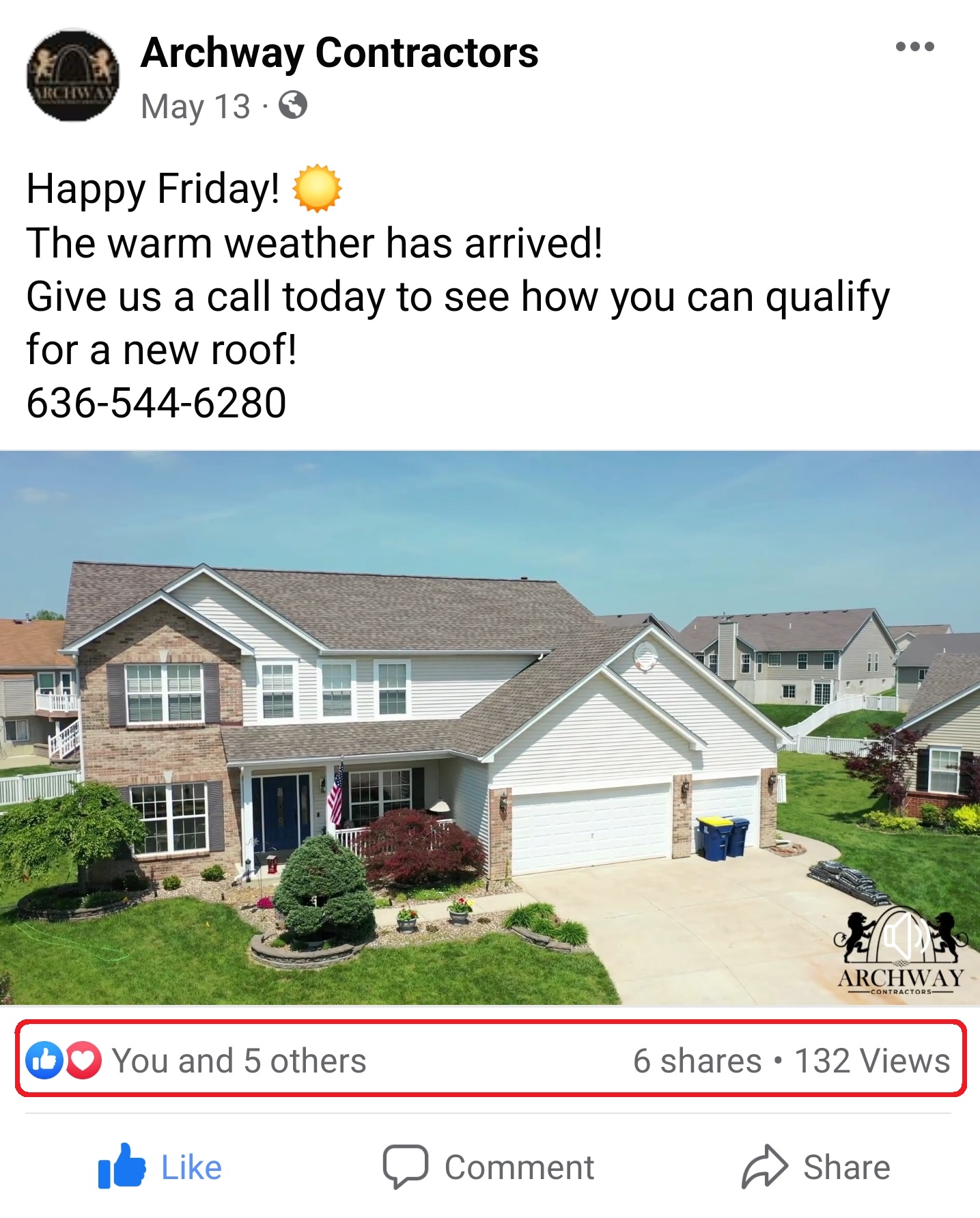 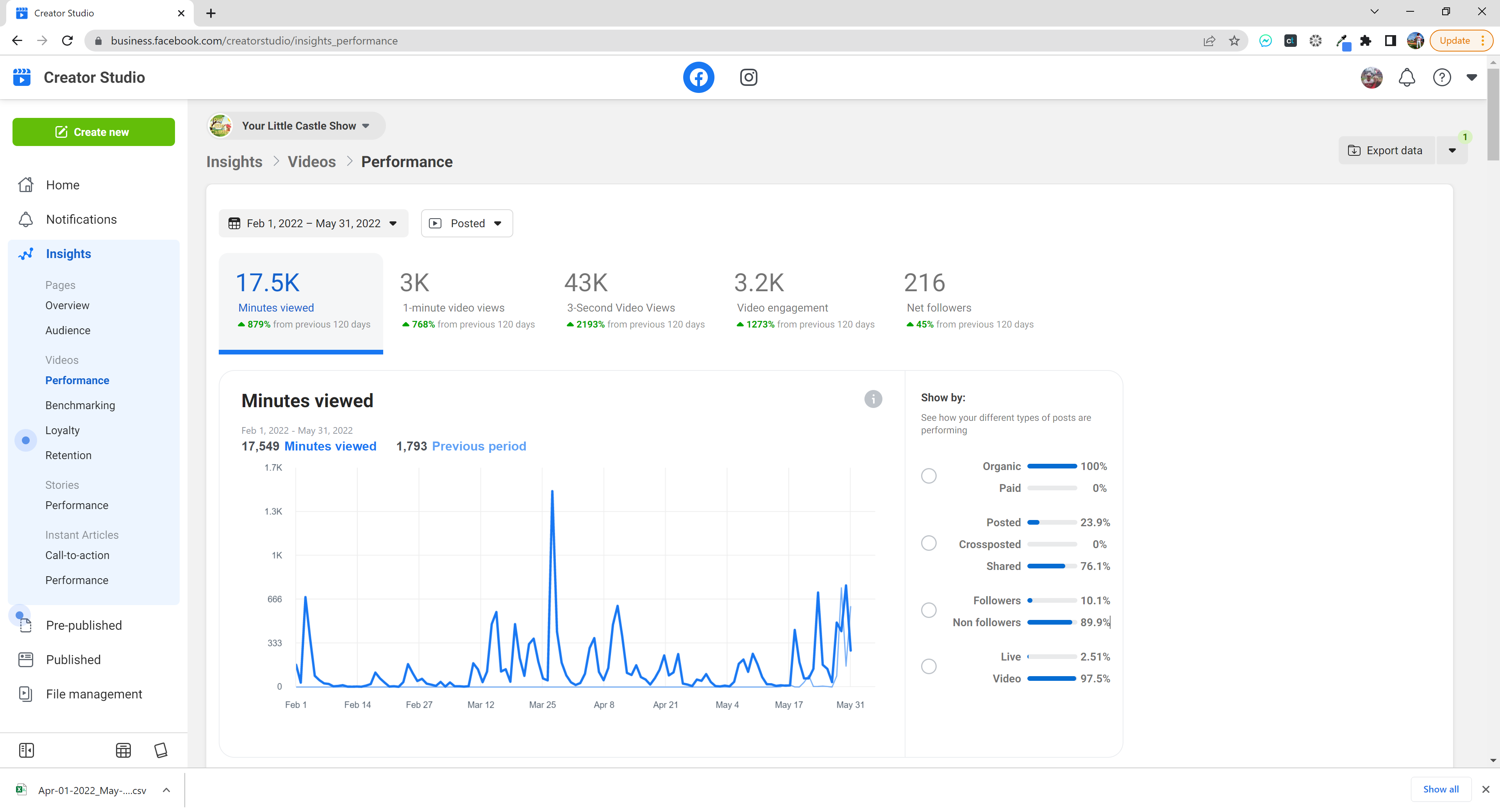 What people are saying about Archway Contractors - BBB A+ 4.83 Out of 5 Stars
- as seen on the Your Little Castle Show on ABC

A+ RATING BBB - HOW DID ARCHWAY DO IT? - Your Little Castle ABC - Archway Contractors - St Louis, MO

Got a Storm Damaged Roof - Don't worry, This Is WHY we have you covered Your Little Castle on ABC

These Guys have been at it for HOW LONG? And, who is Zach Glazer? Let us tell you! YLC on ABC

Where can you find Archway Contractors. Oh, and Cowboy throws his hat on! Your Little Castle on ABC

What people are saying about Archway Contractors - BBB A+ 4.83 Out of 5 Stars
- as seen on the Your Little Castle Show on ABC

Since 2017 The Cardinal Cowboy has been highlighting leaders in our community on his TV Shows on ABC and NBC here in St. Louis... Now we are highlighting the Top Real Estate & Housing Industry Leaders In Our Community.

Let us know who you know that deserves to be highlighted on our Show...

The 'Your Little Castle Show'!

The Cardinal Cowboy Has Been Seen On These... And dozens of other local and national networks / publications.

Info About Our Platform & Creator

Our Host, The Cardinal Cowboy, has been serving our community since 1998.

He has won the Bob Emig Award For Helping to Support Youth Sports, been given the Distinguished Service Award from the Missouri Brain Injury Association, worked directly with over 150 Charities and so much more!

The Cowboy is a survivor of a coma and a traumatic brain injury, given less than 50/50 odds to survive. And has now worked with hundreds of kids, young adults and the elderly to help to inspire and motivate those who have hit a road block in life. More info Here. 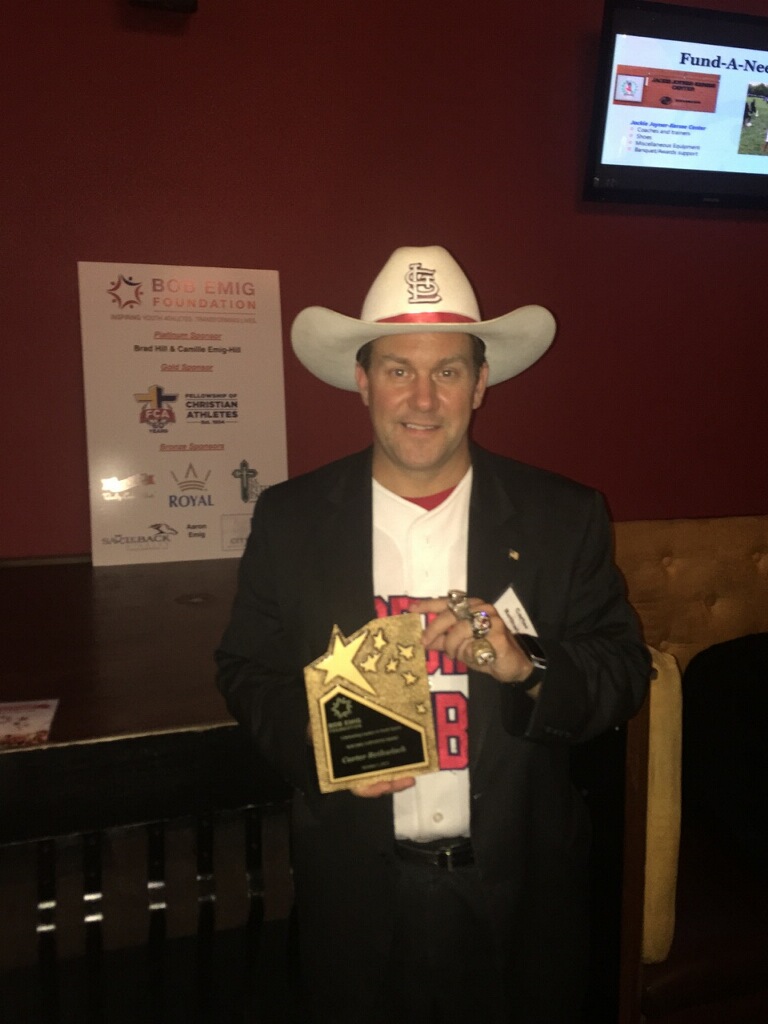 In the last 24 months alone the Cardinal Cowboy has reached over 3.4 Million People with his Social Media Channels.

Now the Cowboy is expanding his network specifically to the Real Estate World to allow those experts to use his reach in the St. Louis and Midwest Market and to leverage his Brand and Message of Success. 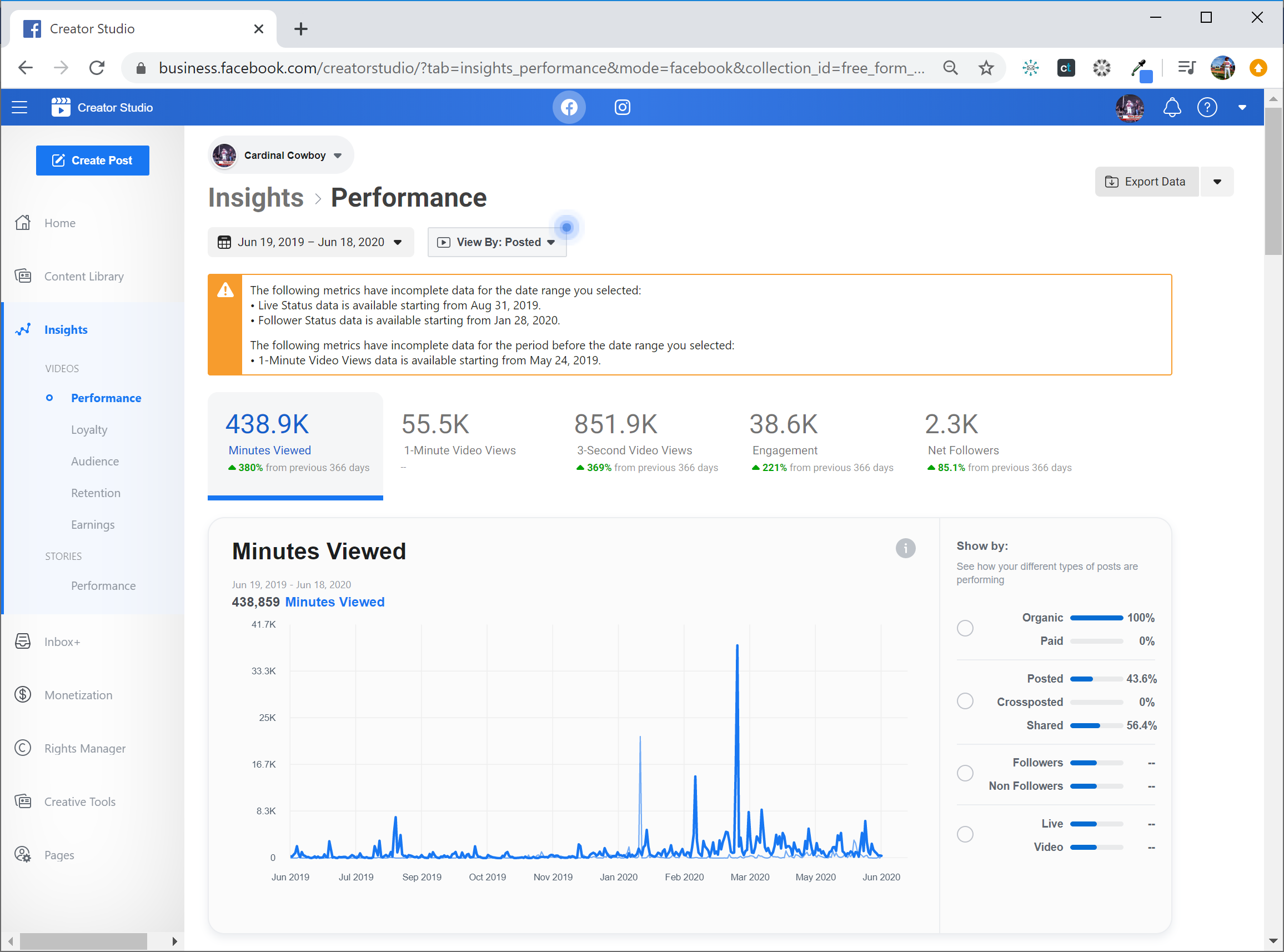 After 10  Years as Sr. Technical Analyst at Anheuser-Busch building and maintaining their e-mail systems, the Cardinal Cowboy has been ranked as the #1 Consultant / Sales Rep for A List Of Nationally Renowned Businesses including Dex Media, Thryv, and ReachLocal just to name a few and has helped hundreds of small businesses to prosper with his skills in the Digital Marketing World. 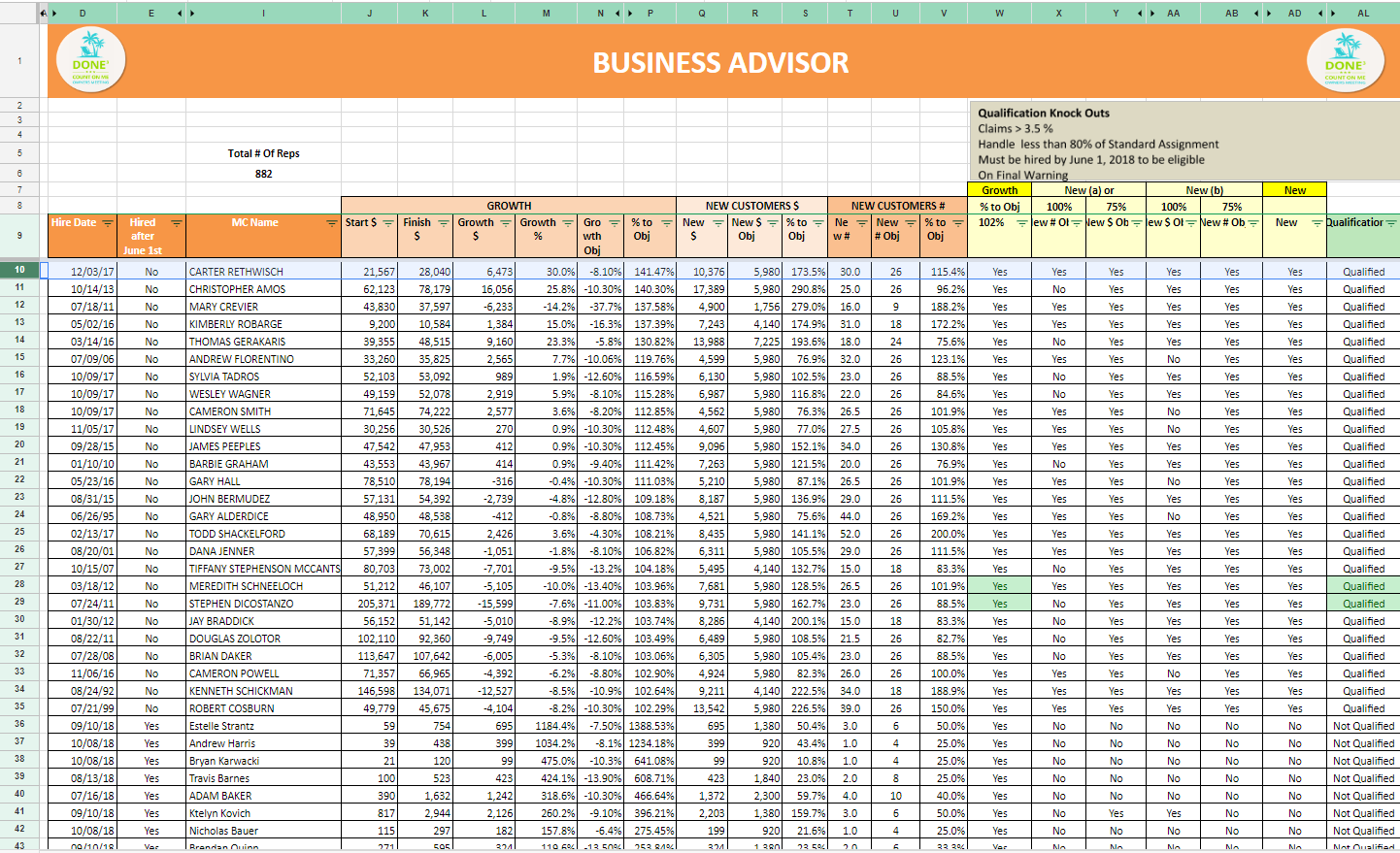 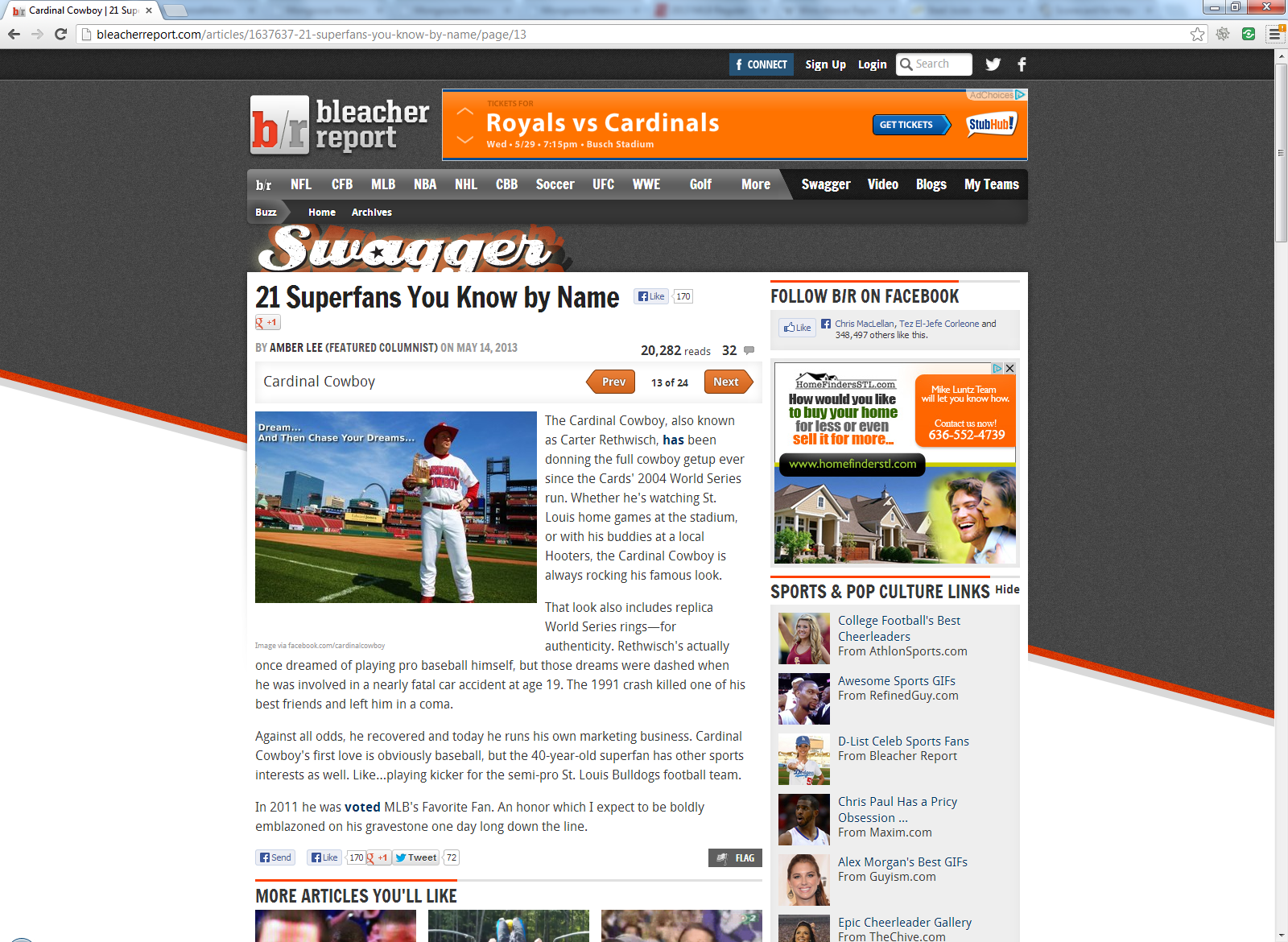